Blog From expert articles to tips and tricks to help lower costs, save time and modernize your flight department, our blog has the most advanced insights.
Subscribe for monthly updates!

2018 Marks a High-Flying Year for Aviation: A look back at the accomplishments, highlights, and technological advances 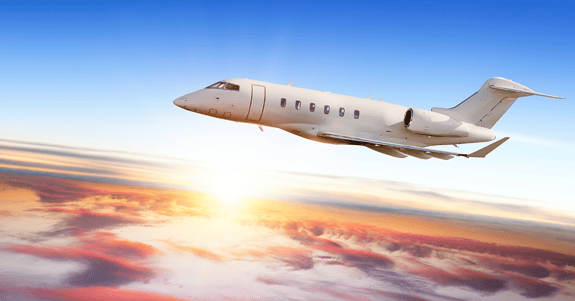 As we begin each new year, there is a certain level of enthusiasm for the future - the possibilities are endless and we have a clean slate to write the newest chapter. With the excitement, let’s also take a moment to reflect on some of the accomplishments in aviation of the past year. 2018 saw notable technological advances come to fruition, a bipartisan realization regarding FAA funding, new aircraft certified and delivered, and a general aviation jet aircraft winning a prestigious award.

This past December, Virgin Galactic accomplished its first space flight with its pilots earning their Commercial Astronaut Wings from the FAA. This marked the first commercial space flight since 2011 and Sir Richard Branson told a TV interviewer in October that Virgin’s first commercial space trip with him onboard would happen “in months and not years.” It has been three months now since he made that claim so it looks like 2019 should be the year!

In our rather tumultuous political climate, it was good to see that our government passed a bill that included Long Term Re-Authorization of five years for the FAA. A summary of the bill, states that “the FAA Reauthorization Act of 2018 (Division B) is a five-year reauthorization of Federal Aviation Administration (FAA) programs that invests in airport infrastructure, promotes safety and American leadership in aviation, and strengthens consumer service.” This bill does not include the very contentious privatization of the ATC program, which had been removed and then been inserted back in at the 11th hour. The privatization of ATC was seen by many in General Aviation as an attempt by the airlines to take over the ATC system and in many ways force GA out of many airports with excessive fees and restrictions. Among the many issues this bill addresses is the need of oversight for low altitude UAS operations. The incorporation of UASs in the airspace is a complex endeavor that impacts the safe operation of manned aircraft, and now the FAA has the resources and incentive to address in a manner that will ensure safety while encouraging legal operations.
With each year we also get new and improved aircraft delivered to the market. 2018’s premier additions were the Gulfstream G500 and Pilatus’ entry into the jet market with the PC-24. Also, the FAA Re-Authorization Act has a line item in there that authorizes the FAA to certify new civil supersonic aircraft that reduce sonic booms. This April saw the National Aeronautic Association (NAA) announced that the Cirrus Aircraft Vision Jet was awarded the 2017 Robert J. Collier Trophy for developing the world’s first single engine Personal Jet and implementing the Cirrus Airframe Parachute System (CAPS) on the aircraft. The nine nominees included the Boeing 737 MAX, Edwards Air Force Base F-35 Integrated Test Force, NASA/JPL Cassini Project Team, Perlan Project, TSA, ALPA, and A4A Known Crewmember and TSA Pre✓ Programs, U.S. Marine Corps, Office of Naval Research, and Aurora Flight Sciences AACUS Autonomous Helicopter System, Vanilla Aircraft VA001 and Zee Aero Division of Kitty Hawk Corporation. Quite an accomplishment for Cirrus and light general aviation.
Along with new aircraft certifications and deliveries, there have been technological advances that have allowed for an accelerated certification period for small aircraft avionics that provided the technology, while also meeting the challenge of keeping the cost down. The Garmin G5 digital attitude indicator and horizontal situation indicator (HSI), along with their add-on GFC 500 digital autopilot, have met the challenge and infiltrated the retrofit market. Along with Garmin is Genesys Aerosystems’ S-TEC 3100 digital autopilot. Just a couple of examples of how manufacturers are addressing the needs of all of aviation.
These advances in technology that are also sensitive to the price point ensures that the private pilot and light GA enthusiast can still operate and fly in today’s air space. A major topic throughout 2018 and that will be headlining for the next few years is the aviation industry’s workforce needs. A thriving general aviation population is key to introducing and developing the aviation industry of the future. Boeing’s annual report looks at the shortages for pilots, technicians and cabin crew. 2018 was a year where the shortages were starting to be felt and 2019 will be a year where the strategic plans the industry has been working on will have to be implemented and brought to fruition.
Looking back on 2018 reminds us all of how far aviation has come, and all the brain power, sweat and tears that make the impossible possible. Each year brings new and exciting advancements to the aviation industry: from commercial space travel, to your own personal light jet, to the latest technologies in your 172. As we all look at not only the year, but the years before us, let’s remember to embrace the unknown, strive for the seemingly impossible and share the wonders of aviation and the industry that supports it with others.